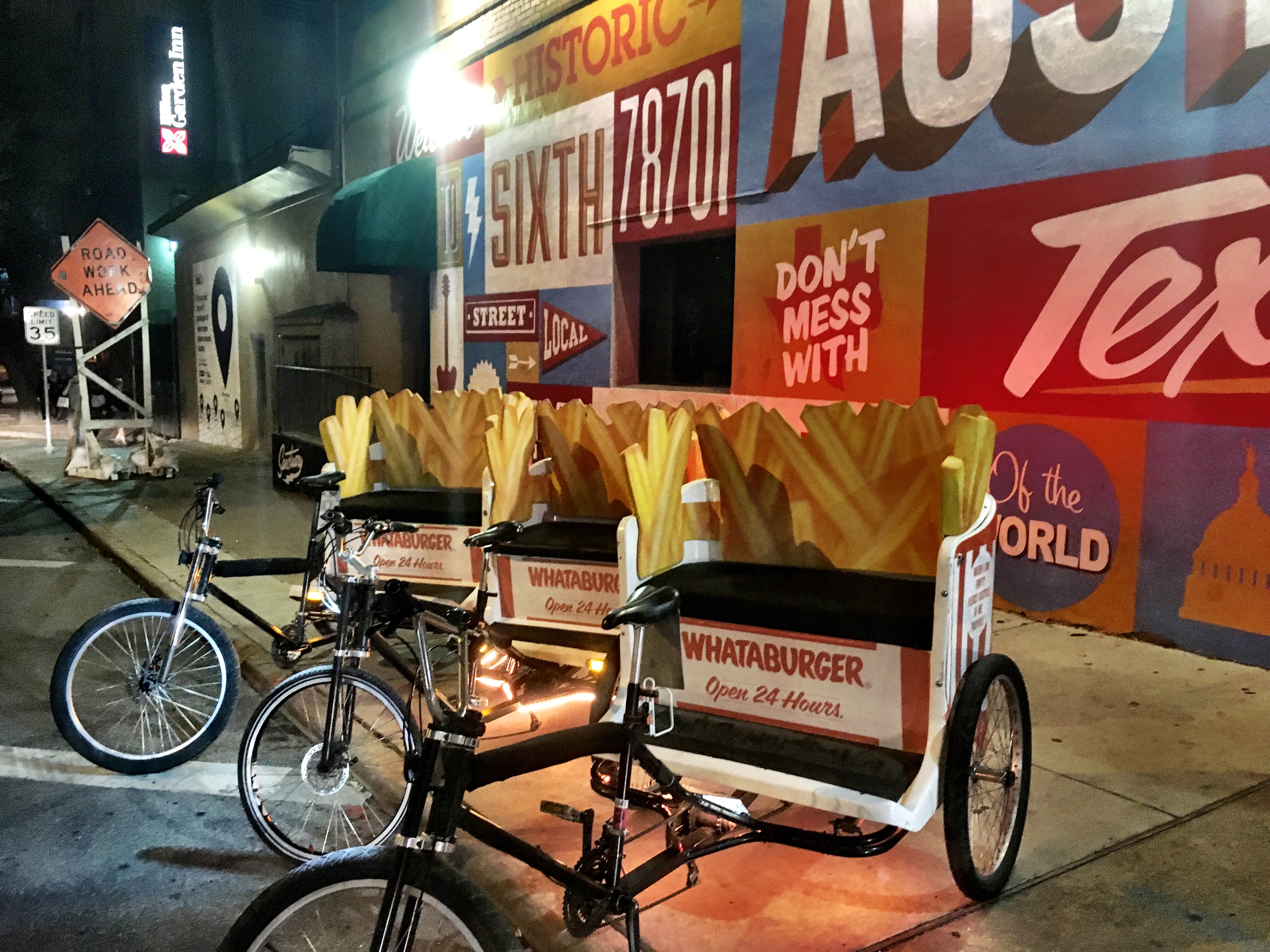 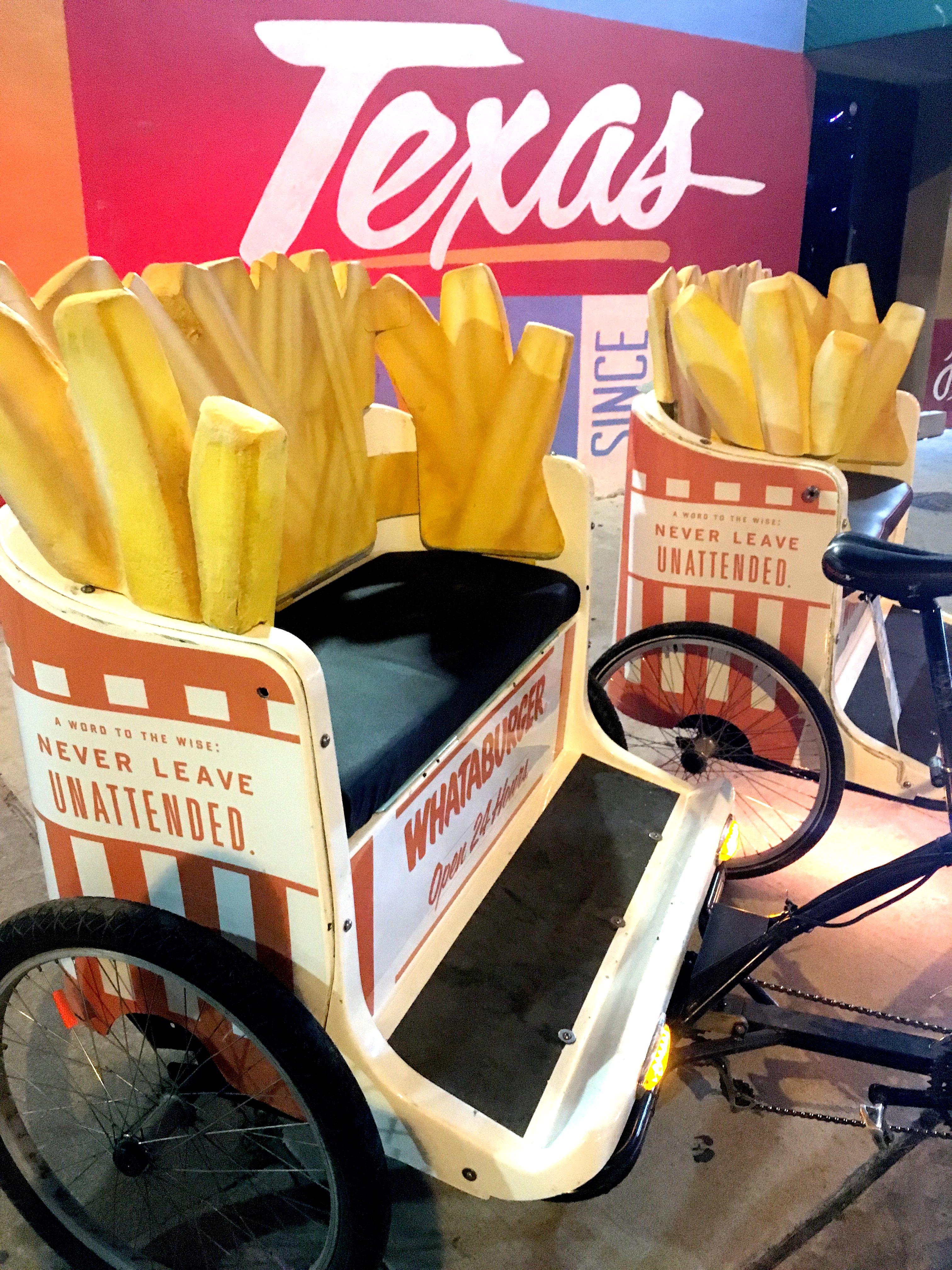 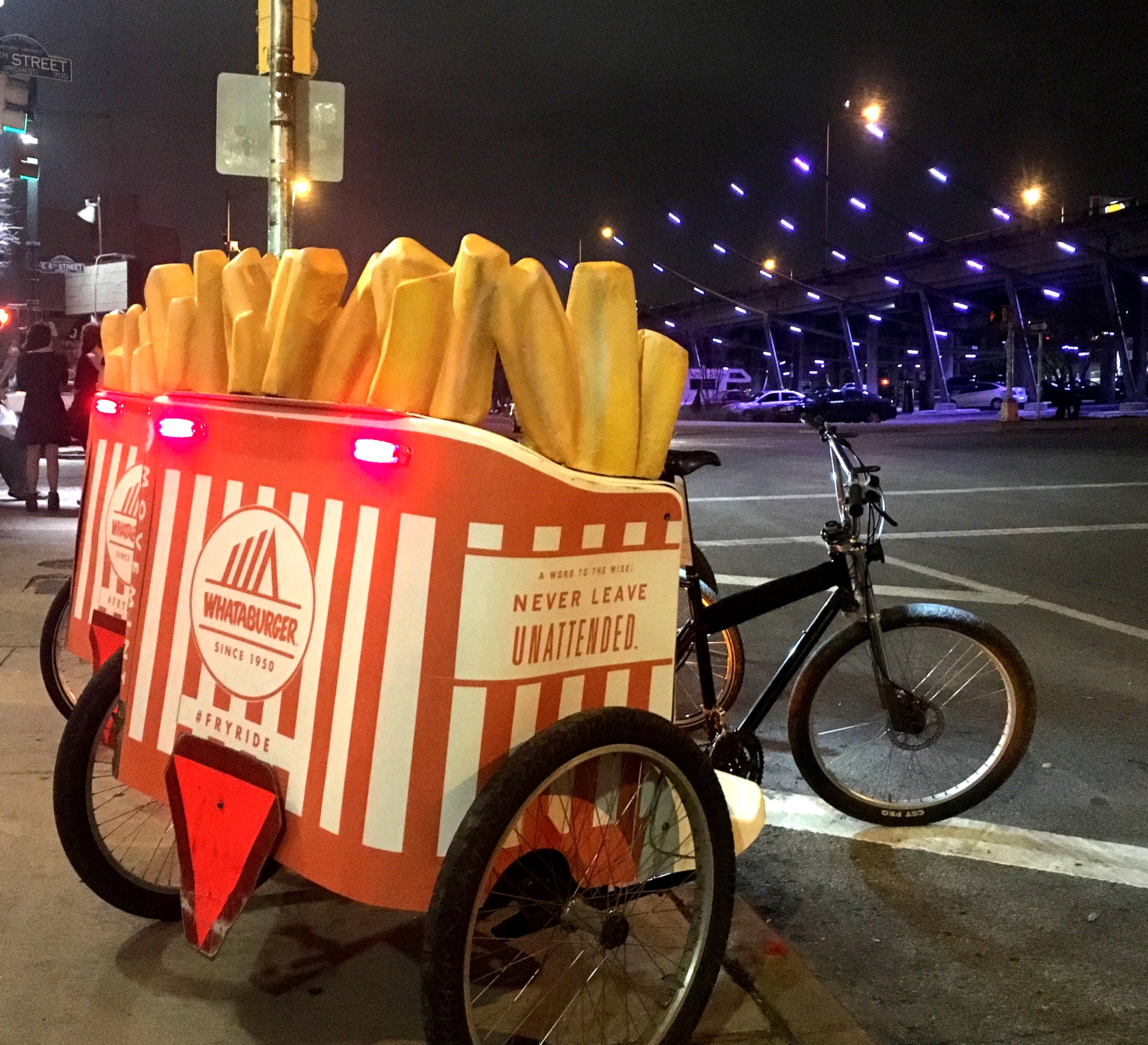 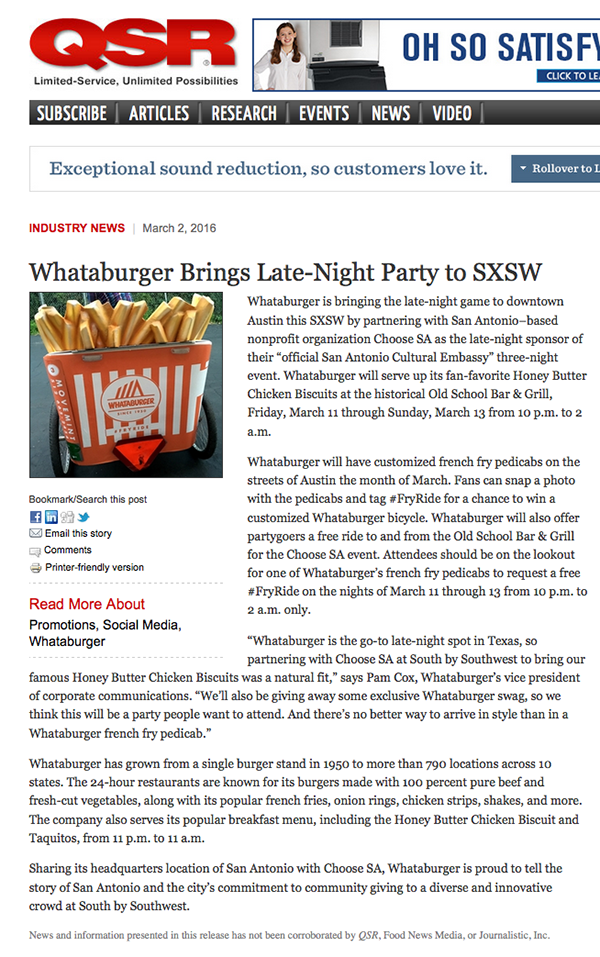 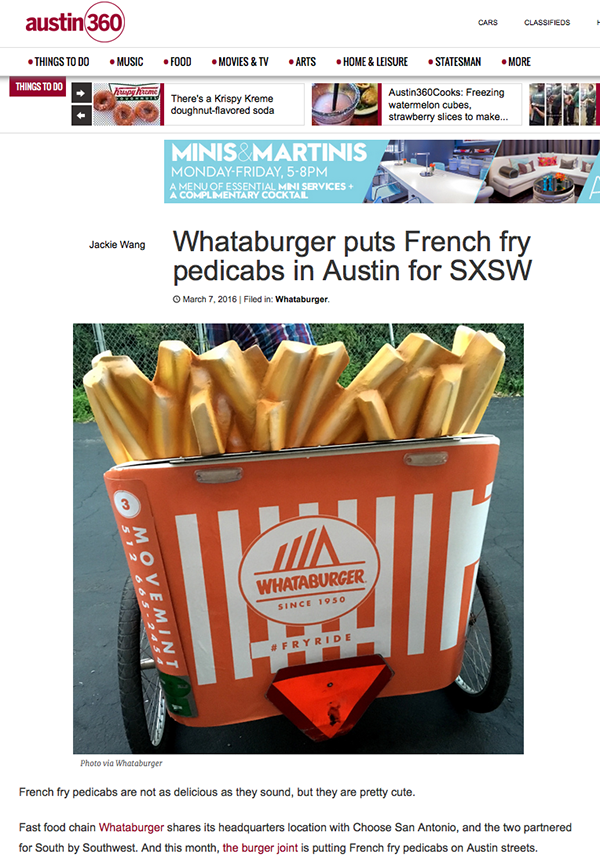 Every March, over 400,000 individuals from all over the world convene in downtown Austin to attend SXSW. The festival continues to grow every year and has become a showcase for brands to showcase their creativity. With so many brands vying for attention, its easy to get lost in the crowd. To make things even more difficult, SXSW has sponsorships that prevent competing category brands was having any presence at official SXSW events. Unfortunately for Whataburger, McDonald’s has been a Super Sponsor of SXSW the past two years.
While SXSW might have control over the signage and brand presence at their events, they can’t control who patrols the streets around those venue. We turned to a mode of transportation that is as much Austin as live music — the pedicab — to expose the Whataburger brand to SXSW attendees. A fleet of pedicabs were created to mimic Whataburger’s iconic orange and white striped fry boxes. During the festival, we put a call out over Twitter offering free rides AND meals via pedicab to the Whataburger located on Barton Springs by instructing SXSW attendees to tweet using #FryRide. We equipped our pedicab drivers with walkie talkies and began slipping into folks’ DMs after they tweeted us. Once the location of the attendee was determined, a pedicab driver was dispatch to go pick them up.